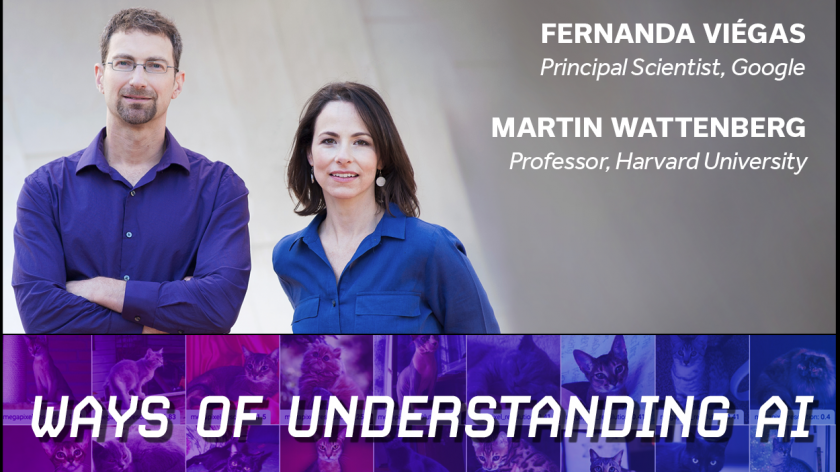 Fernanda Viégas and Martin Wattenberg are computer scientists whose work in machine learning focuses on transparency and interpretability, as part of a broad agenda to improve human/AI interaction. They are also well-known for their contributions to social and collaborative data visualization. The systems they've created are used daily by millions of people.

The duo is also known for visualization-based artwork, which has been exhibited in venues such as the Museum of Modern Art in New York, London Institute of Contemporary Arts and the Whitney Museum of American Art.

Abstract: Artificial intelligence isn't a single technology—it's become a broad field, with applications to almost every area of life. As a result, we can't view it with just a single lens. Instead, we should use every tool at our disposal. Yes, math and engineering are important, but design and even art are critical as well. Through a series of examples we will discuss multiple ways of knowing and understanding how AI works, and how using these different lenses together can broaden participation in the field of AI.

Just Infrastructures was launched by researchers in the iSchool, Department of Computer Science, and College of Media to interrogate the complex interactions between people, algorithms, and AI-driven systems.

Find more information and register for the event on the Just Infrastructures web page.