Julie Yen (MS/LIS '07) wants students to receive the same quality educational experience that she enjoyed during her time at the iSchool. For this reason, she is a loyal donor to the iSchool Annual Fund, which provides dollars for scholarships, annual student awards, new technology, and conference travel. 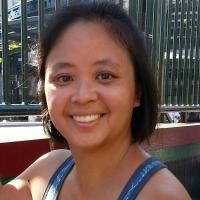 According to MS/IM student Zheng Zhang, being the recipient of a scholarship from the iSchool gave him confidence that he was in the right field. Zhang holds a BS in electrical and computer engineering from New York Institute of Technology and a BS in communication engineering from Nanjing University of Posts and Telecommunications. It was during his undergraduate study that he was advised by a tutor to pursue a degree in information management because of his interests. 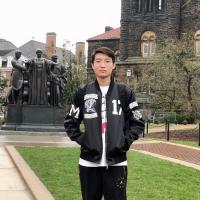 BS/IS student Sam Hwang is grateful to be the recipient of an iSchool scholarship. Hwang, a junior from Glenview, Illinois, decided to major in information sciences because of his interest in data science and data analytics. He is happy with his decision. 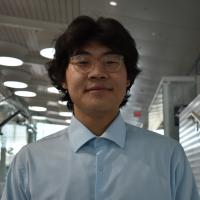 After a few years in the workplace, it took a "leap of faith" for Callan Miranda to decide to return to school for an MS/LIS degree. A full-time employee at the Peoria Riverfront Museum, Miranda is happy with her choice to enroll in the iSchool's Leep (online) program and thankful to be the inaugural recipient of the Nancy and Dan Balz Scholarship. Nancy (BA LAS '70, MS/LIS '72) and her husband Dan (BS Media '68, MS Media '72) established the scholarship to help make education more affordable for returning students like Miranda. 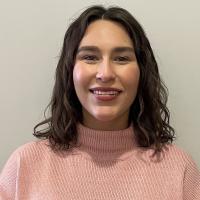 When Lucille Belcher applied to the Graduate School of Library Science (now the iSchool) in the 1960s, she was met with some uncertainty, or at least concern, regarding her ability to complete the program. After all, Belcher was a middle-aged housewife and mother, and at that time, there weren't many women of her age and situation heading back to college. 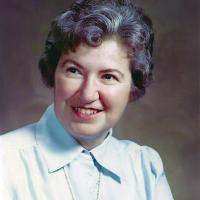 The iSchool has surpassed its $20 million goal for the "With Illinois" campaign, the Urbana campus' most ambitious fundraising effort to date. Gifts toward "With Illinois" will continue until June 30, 2022. The School's priorities for the campaign are to offer an accessible education, enrich the student experience, and provide faculty support. 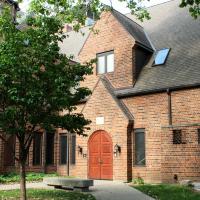 A new scholarship in the iSchool will support students who are interested in pursuing a career in academic libraries. Thomas Wilson established the Kuang-Hwei "Janet" Lee-Smeltzer Scholarship Fund in honor of his wife, Janet, who passed away on November 28, 2015. Lee-Smeltzer (MS '93) had a distinguished career in librarianship, working in academic and public libraries in several states. At the time of her death, she served as head of Cataloging and Metadata Services at The University of Alabama Libraries in Tuscaloosa. 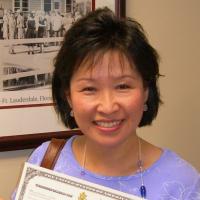 Thanks to a new scholarship at the iSchool, David Alegre has been relieved of some of the stress in financing his education. Alegre, a junior from Chicago, is the inaugural recipient of the CNH Industrial Information Sciences Scholarship, which supports continuing BS in information sciences (BS/IS) students who have financial need. He chose the iSchool for his undergraduate study because of his interest in becoming a data analyst. 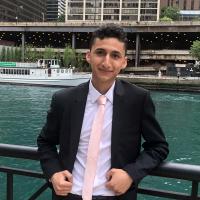 For MS/LIS student Eunice Kang, receiving the Carl Volkmann Scholarship from the iSchool allowed her to focus on learning and "taking advantage of all the opportunities that the University has to offer," while also lightening her financial burden. Kang realized soon after earning her bachelor's degree in advertising from the University of Illinois that she did not belong in that field. After spending time teaching English to lower income children in Korea, she decided to pursue a career where she could help children. 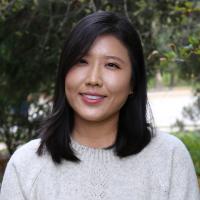 Koval Scholarship is a life changer for MS student

Thanks to the generosity of Edward Koval and his family, MS/LIS student Claudia Farris can stop worrying about finances and simply focus on their studies. Farris is a recipient of the iSchool's Anna Mae Koval Scholarship, a need-based scholarship for students interested in youth services and literature. 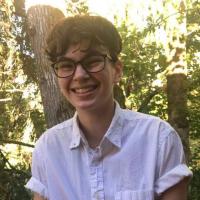 Receiving a scholarship from the iSchool provided an emotional boost as well as a financial one for Luke Gregerson, a student in the online MS/LIS program. 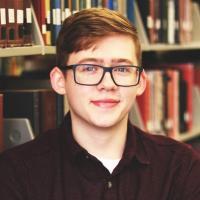 By the time that Nancy Balz (BA LAS '70, MS/LIS '72) decided to become a public librarian, over twenty years had passed since she had received her LIS degree. She had worked in an archive, academic setting, and bookstore, serving as a word researcher for the Oxford English Dictionary and as a researcher for book authors. While she was interested in working in a public library, she wondered if she was up to the task, with so much time having passed since earning her degree, along with the increasingly online nature of library work. 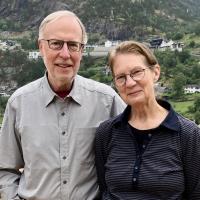 Get to know Laura Fruhauff, MS student and scholarship recipient

Leep student Laura Fruhauff was on the verge of emailing her advisor to rescind her fall 2019 registration when she received notification from the iSchool that she would be receiving the Helen T. Stewart and Mildred Stewart Scholarship. During her undergraduate studies at Roosevelt University in Chicago, she sometimes worked 80 hours a week to stay in school. According to Fruhauff, “This time around, in graduate school, I cannot do that. In addition to my full-time job, I have caretaker responsibilities to my parents and to my partner that occupy those other hours and funds I had originally designated to school. I cannot impress enough how crucial receiving a scholarship was and is for me and how grateful I am.” 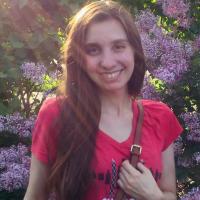 Professorship to support history of libraries and the information professions

For more than a century, the iSchool has been, and continues to be, a top-tier school for preparing leaders for the library and information professions. Now the iSchool is pleased to announce the establishment of a new endowed professorship, the Professorship in the History of Libraries and the Information Professions. The professorship was spearheaded by Laurel A. Grotzinger (MS '58, PhD '64), who passed away in 2017; Don (PhD '72) and Avis Davis; and Mark (PhD '83) and Barbara Tucker.

Donna Bessant (MS '70) wants today's library and information science students to succeed in their chosen profession and experience the "joyful rewards" of working with young people, as she did during her career. To lend them a hand, she has directed a portion of her estate to establish scholarships for iSchool students in need. The scholarships will support everyday expenses and advance the short- and long-term goals for students who plan to work with children and young adult services in libraries. 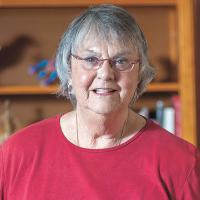 Richardson legacy to live on through new award

To her many students, Professor Emerita Selma Richardson (1931-2019) was not only a dedicated teacher but also a mentor and role model. At the iSchool, she taught classes on children's literature and served as an advisor to students pursuing careers as school librarians. An authority on school library media services, Richardson worked in a number of school libraries, including Oak Park and River Forest High School, before joining the University of Illinois in 1974. 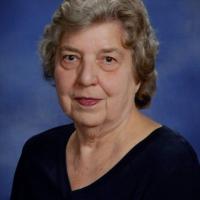 As a young professional working to advance her career, Leep student Erica Halpern appreciates the flexibility and convenience of the iSchool's online MS/LIS program. She also is grateful for the George Bonn Scholarship that she received from the School, which removed a "huge financial burden" and has allowed her to focus on her studies. 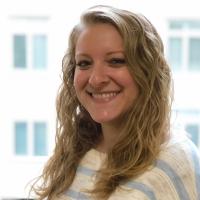 A travel grant provided by the iSchool will allow MS/LIS student Morgan Sherlock to present her research with Laurel Post (MS '19) and Affiliate Professor Lisa Janicke Hinchliffe (MS '94) at the Charleston Conference without the extra financial stress. In the paper they will be presenting, "Behind the Gate: Early Career Researchers' Motivations for Using ResearchGate," the coauthors examine the motivations behind why early career researchers use the academic social network site ResearchGate and how publishers and librarians can use these findings to better understand and support their user communities. 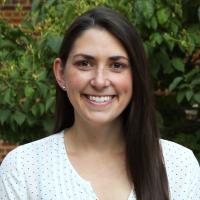 Professor Emerita Linda C. Smith was the first person that Richard Pearce-Moses (MS ’01) contacted after discovering that Illinois offered an ALA-accredited library and information science program online. He was interested in pursuing his MS/LIS degree through the School’s Leep program but had missed the application deadline by a few days. 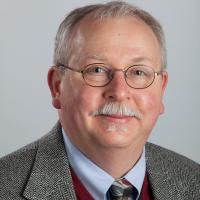 First professorship established at the iSchool

The iSchool is pleased to announce the establishment of its first endowed professorship, the Mildred M. Luther and Kathryn Luther Henderson Professorship in Preservation and Technical Services. The professorship was established through the generosity of Mildred Luther (1926-2017), a loyal Illinois employee and alumna with a special family connection to the School. 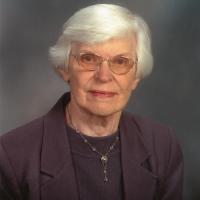