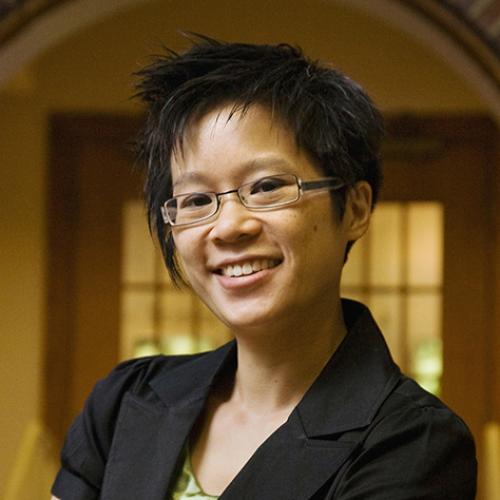 "The Classroom and the Future of the Historical Record: Humanities Education in a Changing Climate for Knowledge Production, "Humanities without Wall Consortium, collaborator (2018-2020)

Research Support Award, Office of the Vice-Chancellor of Research; University of Illinois (2012, 2010)

Bonnie Mak is an associate professor in the School of Information Sciences and holds cross-appointments in History and Medieval Studies at the University of Illinois. She teaches courses in the history and future of the book, and offers doctoral seminars on authenticity, reading practices, and knowledge production. Her first book, How the Page Matters (2011), examines the interface of the page as it is developed across time, geographies, and technologies. A second book-length project, Confessions of a 21st-Century Memsahib, explores the historical circumstances that shape the digital materials with which scholarship is increasingly conducted, and thereby examines the notions of data and information in the humanities.

"In Wood and Word, or, A Gloss on Documents and Documentation in the Humanities." In Law's Documents: Materiality, Authority, Aesthetics, edited by Katherine Biber and Trish Luker. London: Routledge, accepted & forthcoming.

"Review of Thomas A. Bredehoft, The Visible Text: Textual Production and Reproduction from Beowulf to Maus." Journal of English and Germanic Philology, 115.3 (July 2016): 398–401.

"A Sensorial Document of Scholarship," What is a Document? A Workshop on Documentation, Records and Evidence; University Technology Sydney (November 2018).

"Data Histories," The Classroom and the Future of the Historical Record: A Symposium; University of Illinois (May 2018). With Dan Liu.

"Period, Theme and Event: Pedagogical Keys to Understanding the Place of Power Relations in the History of Information," Information and Power; Amsterdam (March 2017). With Alistair Black.

"Metadata and the Production of Knowledge," SHARP; Paris (July 2016).

"Confessions of a 21st-Century Memsahib: The Offshore Sweatshops of the Digital Humanities," MLA; Austin, Texas (January 2016).

"Time Suspended," Yale Program in the History of the Book, Yale University (September 2014).

How the Page Matters
Implications of a Digital Revolution